CHINA IN THE MIRROR OF ISLAM

CHINA IN THE MIRROR OF ISLAM

In our project for the scenography of “China in the Mirror of Islam” at the Louvre Abu Dhabi, we seized the opportunity to make a fair and functional architecture a vector of knowledge. Within a space that visitors can appropriate, we sought to transcribe the essence and complexity of a travelogue: that of the long-standing exchanges between China and Islam, on the trade routes.

The intention of the exhibition is pedagogical and didactic, without abandoning the desire to arouse the wonder of visitors through a careful selection of pieces. Our proposals intend to take advantage of the iconographic density and the diversity of this corpus, offered to contemplate to a spectator-visitor, by avoiding the pitfall of the decorative and the gratuity of the devices. The choices exposed hereafter are justified by a clear scenographic intention: to exceed the function of exhibition to form a “visitor-actor” of this spectacle, through its “position(s)”. Thus, he can fully integrate the scientific and iconographic content
and iconographic content within a scenographic process that reproduces the dynamics of the relationship between China and the Middle East.

We propose to create an uncluttered “landscape-architecture” presenting the story of a journey punctuated by encounters and crossroads, offering visitors of all ages the opportunity to become actors of their discovery. Thanks to the two themes of the exhibition, exchanges and circulations, we have defined two organizing concepts of our scenographic proposal, based on the historical and structural reality of the trade routes that supported these interactions between China and Islam: the stopover, offered by the central architecture, and the roads, represented by the space of peripheral projections. Like the Silk Roads, they sketch the framework of a journey that is thought of as a voyage between land and sea. 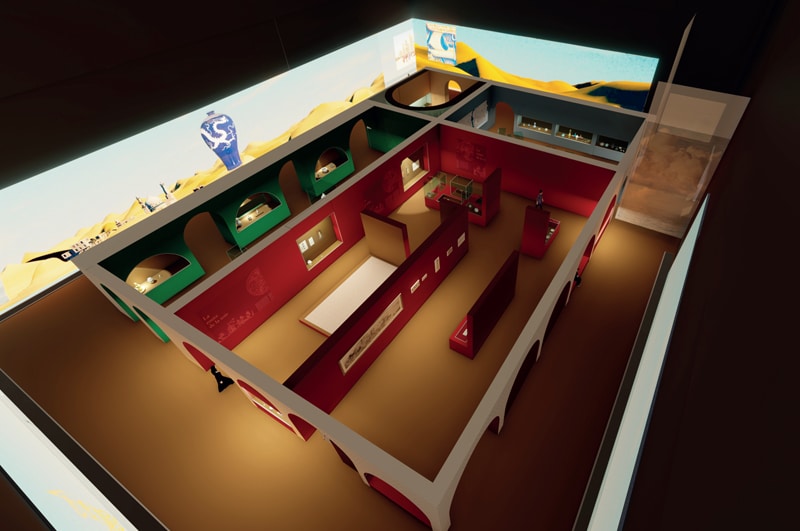 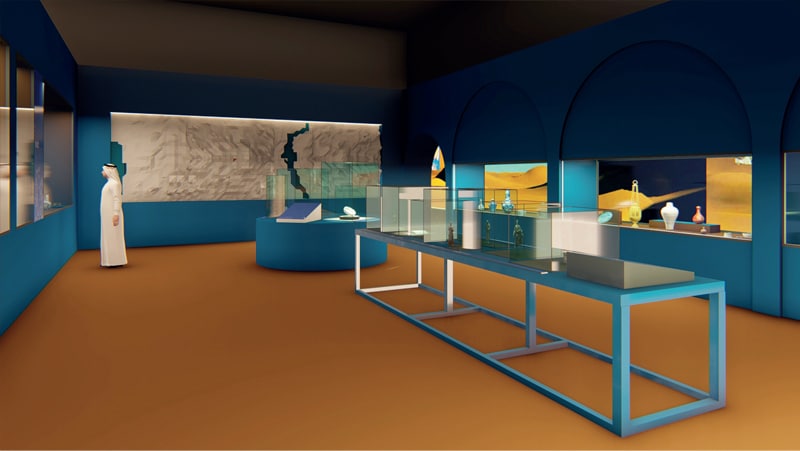 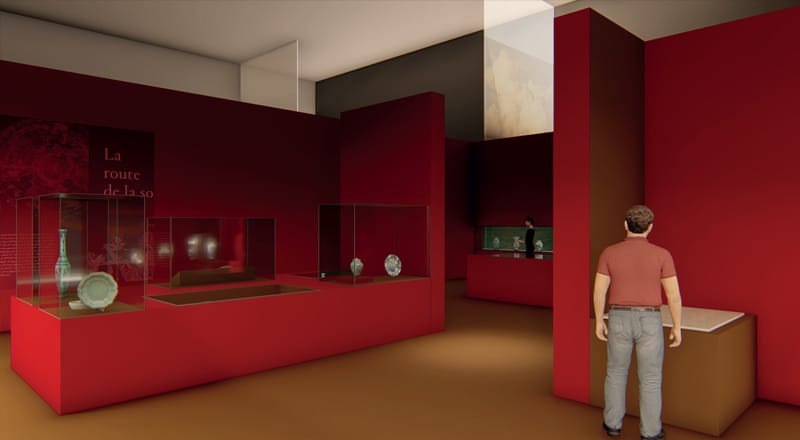 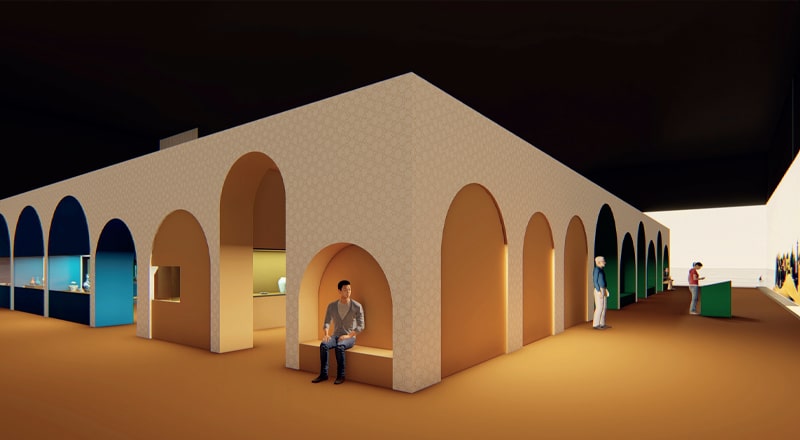