In the patrimony-bound concrete and bricks existing building, the rehabilitation project plans the installation of two distinct daycare units, functioning in harmony.

In this project, we considered respecting the heritage of the building as a strength rather than a constraint, which is used to play with the building and put forth its qualities, to improve them.

The work deals with transparency and frame games, in which the existing horizontal concrete strip presents itself like a second floor line on which depends the offered extension, all of that while marking the distinction between first and second floor.

We conceived the elevation within the existing template limitations while injecting a proper sense of self communicating with the one from the lower level. It integrates itself thanks to a game of contrast between horizontality and verticality, accentuated by the front’s rhythm which plays with the alternating hollows and plains between the new woodworks.

The extension feels light in its materiality and its integration offers an ongoing inflow of light and natural ventilation to the internal spaces. 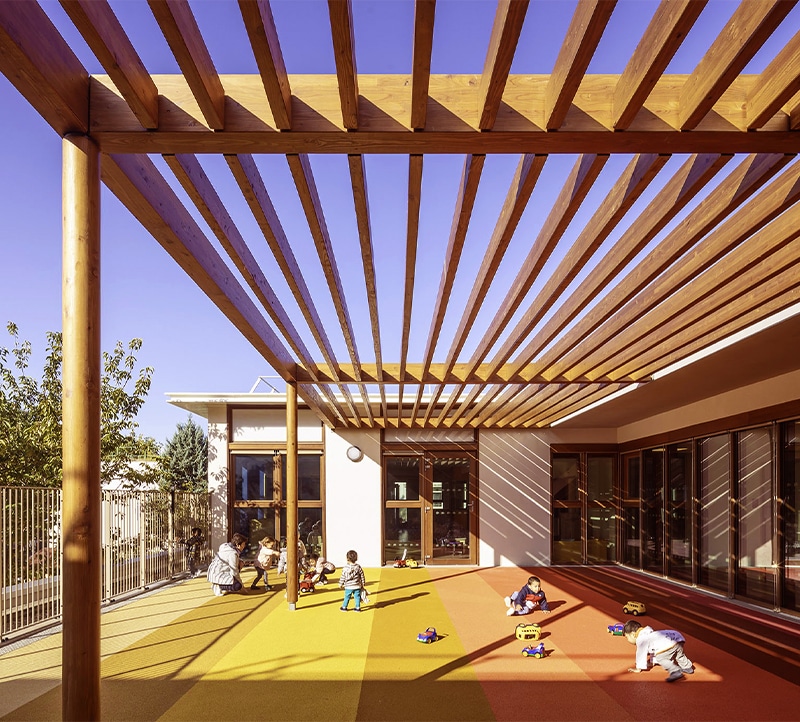 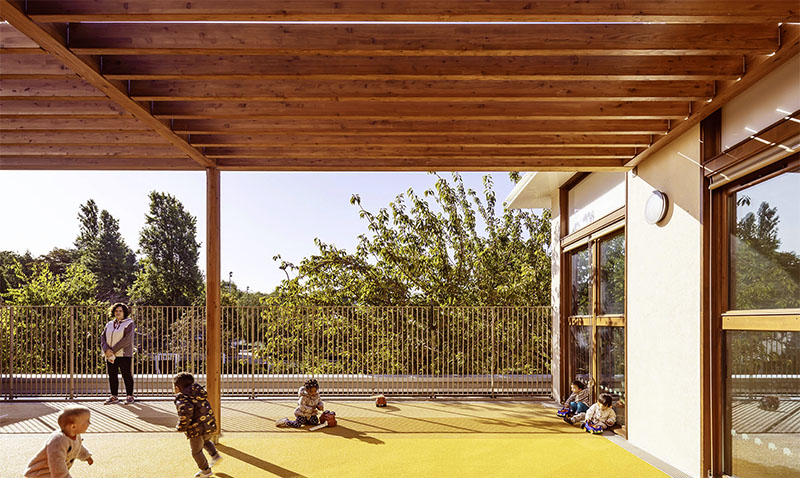 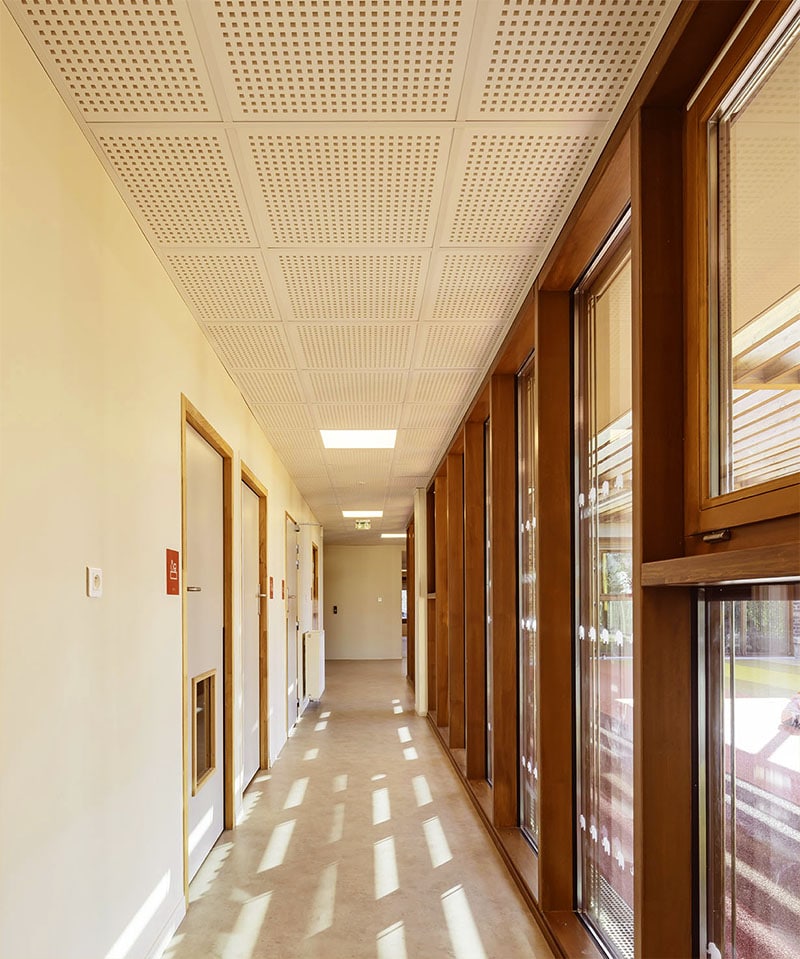 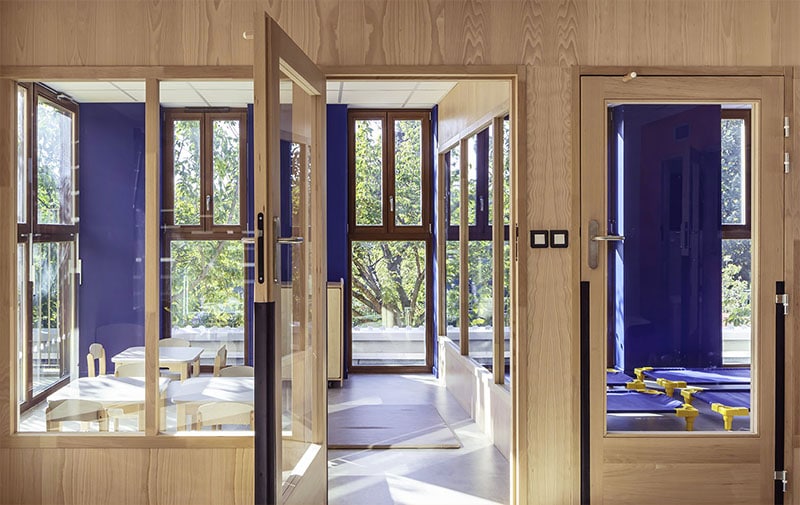 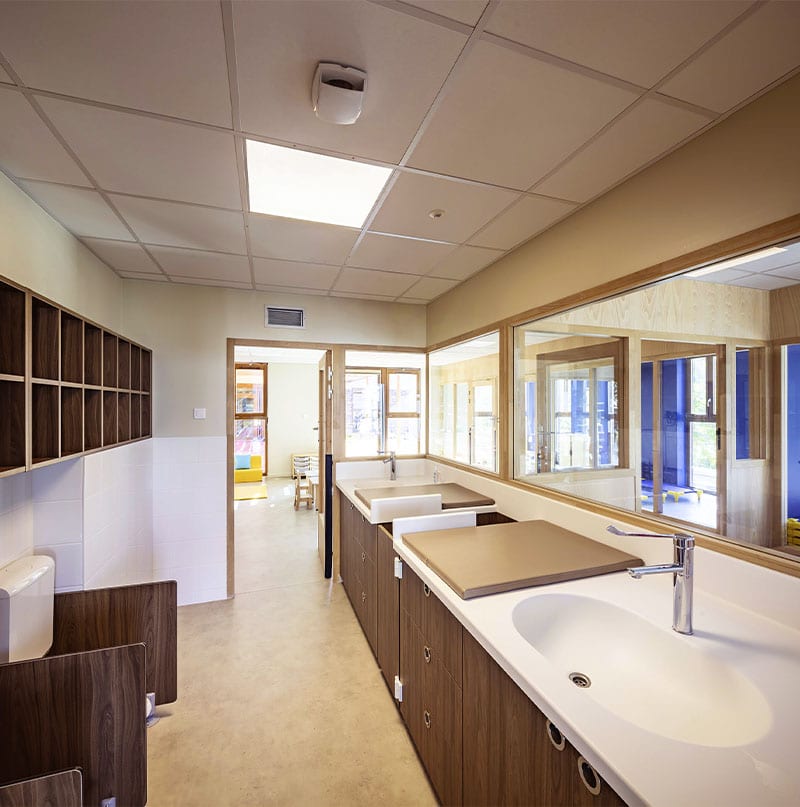 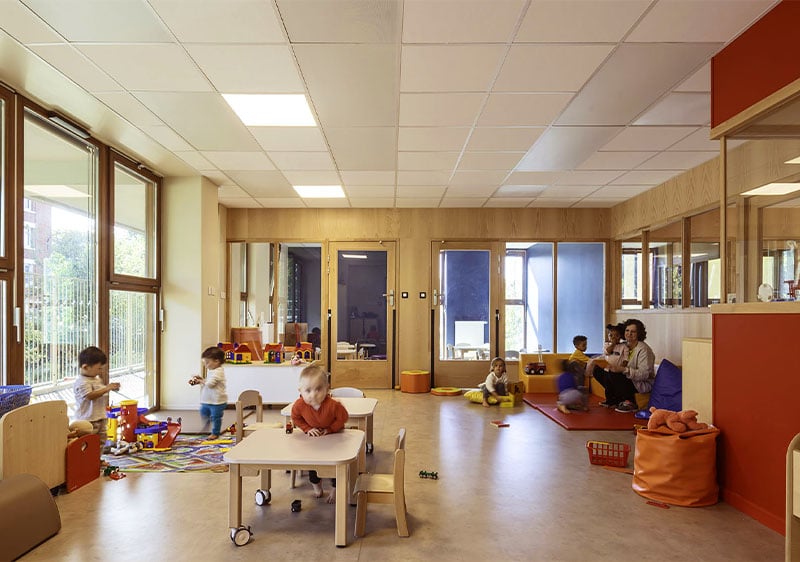 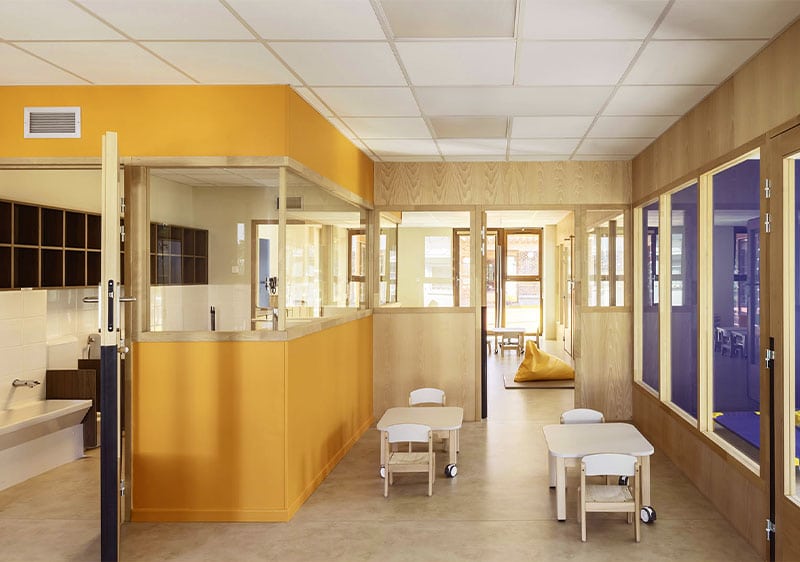 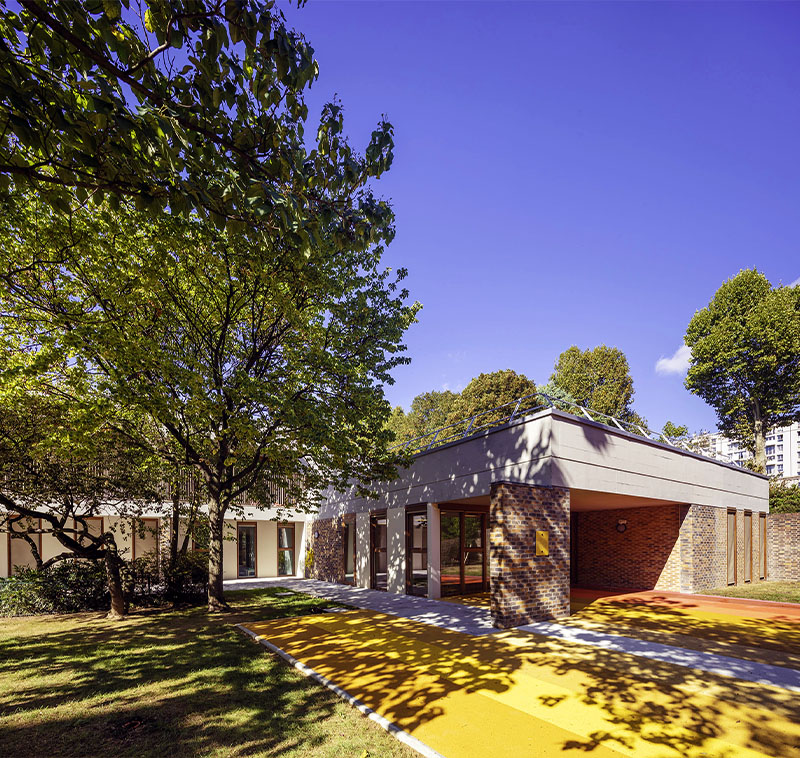 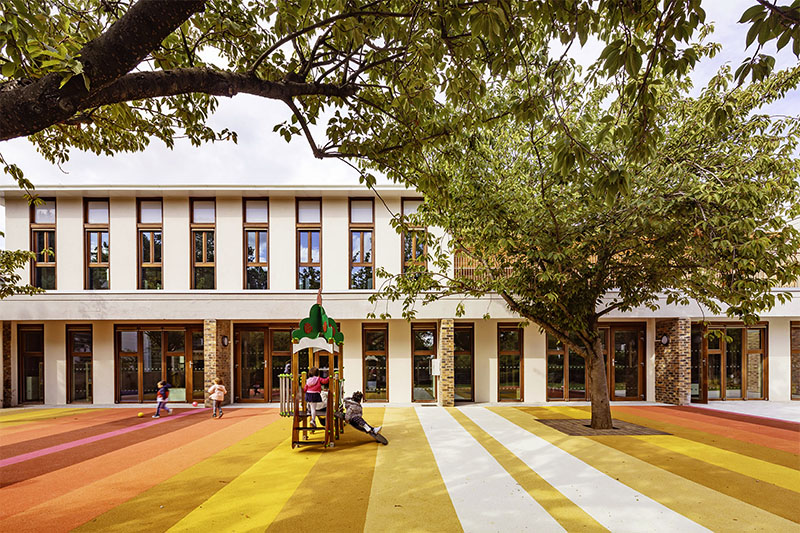