Between heritage and innovation, the new UGC Ciné Cité des Ulis belongs to a new era of cinema. We have thought about this aspect and designed a cultural venue that, in keeping with a long line of entertainment venues and with the latest advances in cinema technology, can offer its users a space for interaction and leisure where they can create social ties through the sharing of a taste for and a culture of cinema.

Located between the town hall, the shopping center and the park, the cinema is in the center of attention, which will attract a large number of spectators while respecting the spaces shared with the surrounding buildings.

Its ribbed cladding on the exterior walls catches the eye, causing a draping effect and producing a play of light and shadow that is easily linked to the famous cinema and theater curtain. When you enter the UGC Ciné Cité des Ulis, you go behind the curtain. This effect does not detract from the minimalist and gentle aspect of the white walls; the building itself becomes a monolith easily recognizable by its illuminated contours and straight, clean lines.

The contrast between the interior and the exterior is marked by the difference in emotions sought. Where the exterior is clear, minimalist, pure and metallic, the interior is all about deep colors, wood and conviviality. There are materials in biosourced wood and recycled cotton insulation for a greater respect of the environment. The wooden framework of the hall and corridor is reminiscent of railway station frameworks, with high ceilings creating an open, breathable effect, and a reminder that the structure can also be used as decoration.

The draped effect of the exterior walls is found on the interior furniture, linking the two, and the wooden columns and arches create a natural gallery on the sides of the hall, facilitating the passage and flow of people. The corridor is punctuated by the framework, the play of colors and the signage of the movie theaters; it is divided into several parts, cancelling its effect of monotonous length.

The movie halls are black, there are no unnecessary effects or lights that disturb the viewer’s concentration while watching. The screens are edge to edge in order to immerse oneself completely in the projected film. When we leave the rooms, the arches that welcomed us at the beginning accompany us to the gallery of the hall and then the exit. 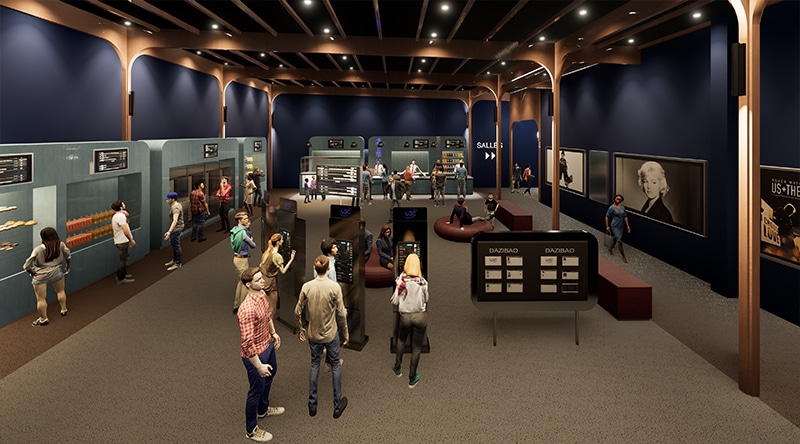 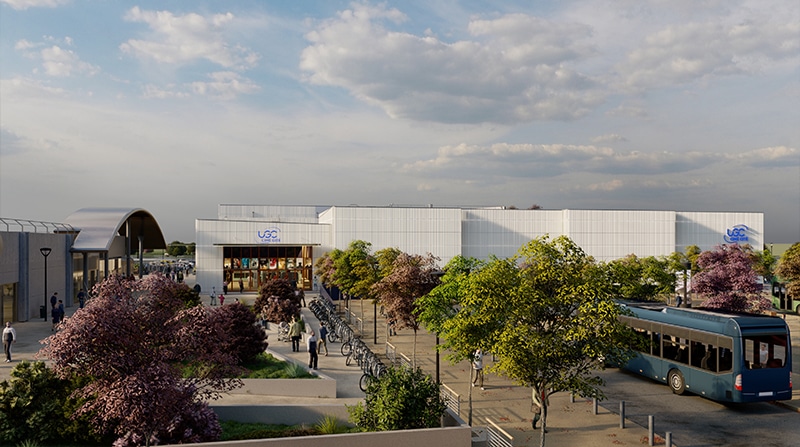 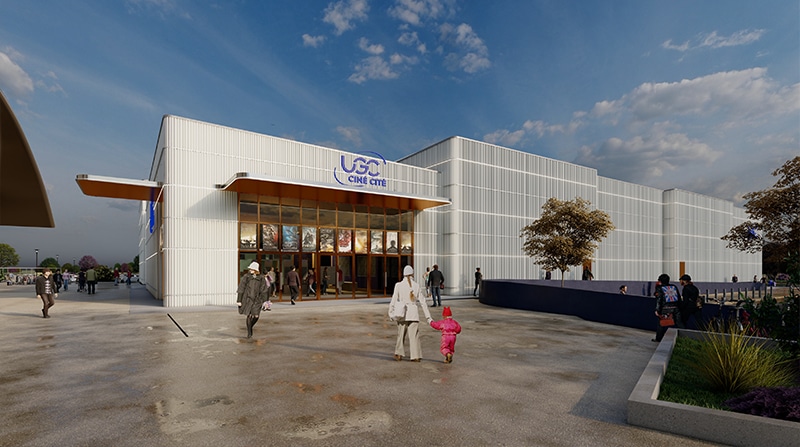 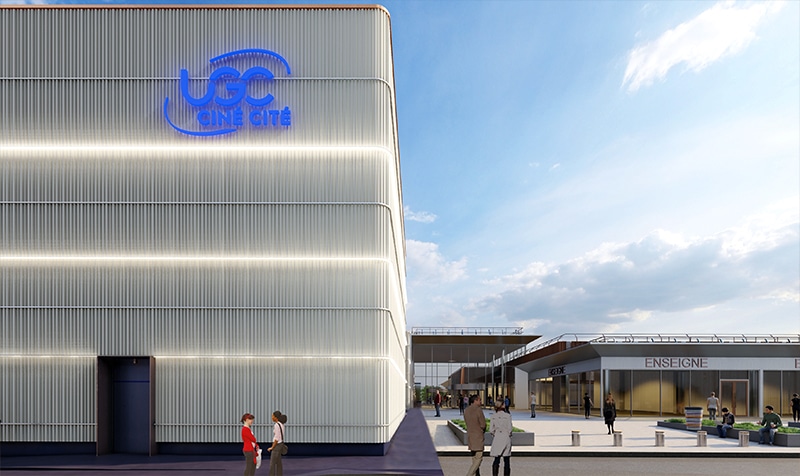 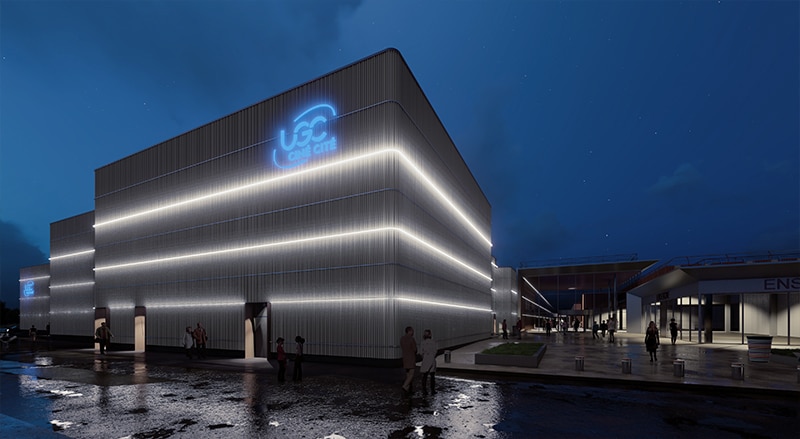 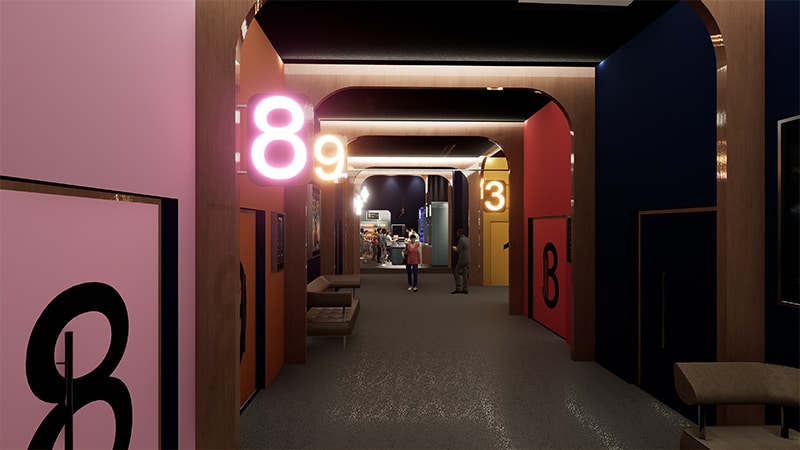