At the corner of rue de l’Orme and rue des Bois, the parcel is strategically located between boulevard Serrurier and place des Fêtes, while being situated in a neighborhood where low-income housing is predominant. It is also an entrance to the City of Paris.

All our units will have views of the garden. It is a privileged place in a neighborhood lacking in green space. This breathing space in the Rue des Bois is accentuated by the contiguous presence of the Burundi courtyard. At the bottom of the plot, we implant a private garden, in soft connection with the plot 8.
Our project proposes a soft integration, carried by a simple and compact volumetry, choices of facade coverings, colorimetry, and singular architectural details refusing to be in opposition or confrontation with the existing urban environment.

Our objective: to offer a most pleasant living environment for the inhabitants and a generous project for the residents.
The envelope is the exterior façade, present on the east side, facing boulevard Serrurier, on the north side on rue des Bois and on the west side on rue de l’Orme.

It marks an entrance to the neighborhood and delimits a threshold with respect to boulevard Serrurier.
It is made of white lacquered metal plates with a circular pattern stamped at different diameters.

We chose a polygonal layout, to visually bring volume to the envelope.
The alternation of shiny and matte plates, as well as the various diameters, will play with the light and suggest a depth. The texture of the metal cladding resonates with the brick cladding of the HBM: the scale of the circular pattern, small in size, is in keeping with the size of the bricks used for the HBM.

The openings of the bays in the facade are made of wood siding with frames of varying thickness. We imagine that it will be pleasant for the inhabitants to have to touch a wooden frame. We integrate in the thickness of the façade wooden planters: from the boulevard Serrurier, the rue des Bois and the rue de l’Orme, the building is an invitation to flowers. It is a vegetation of the facade. 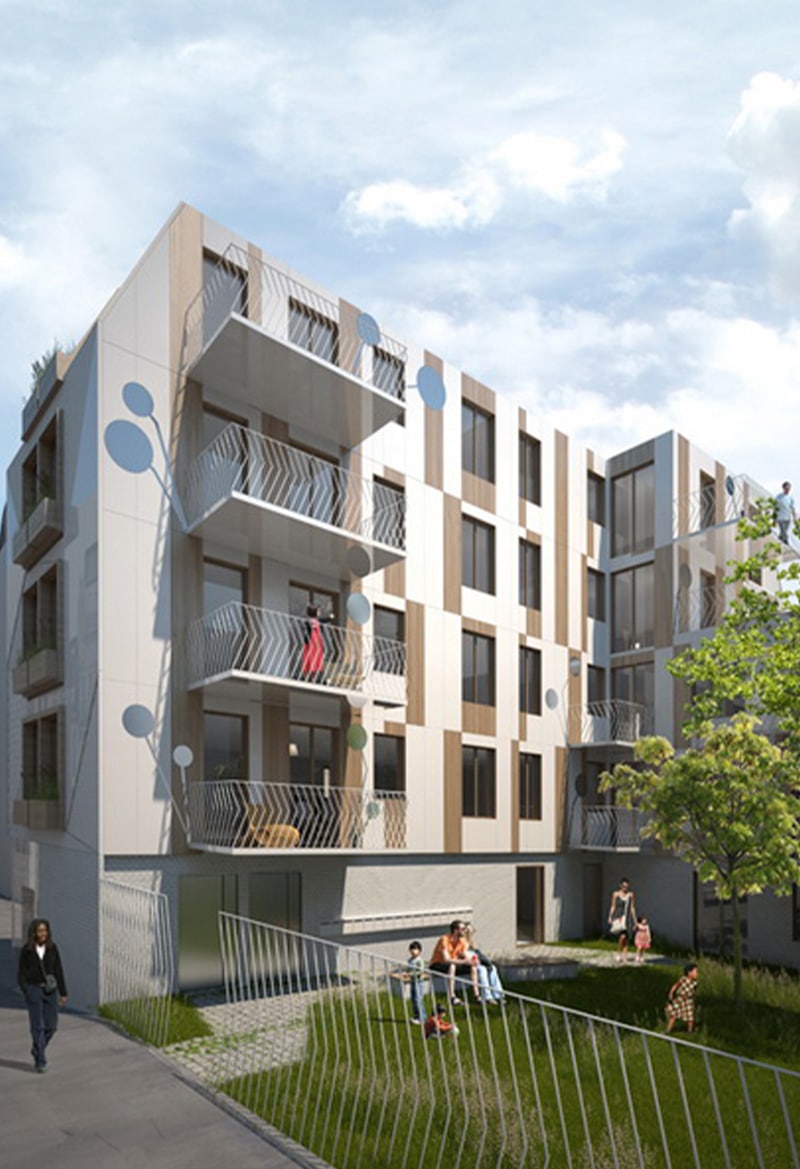 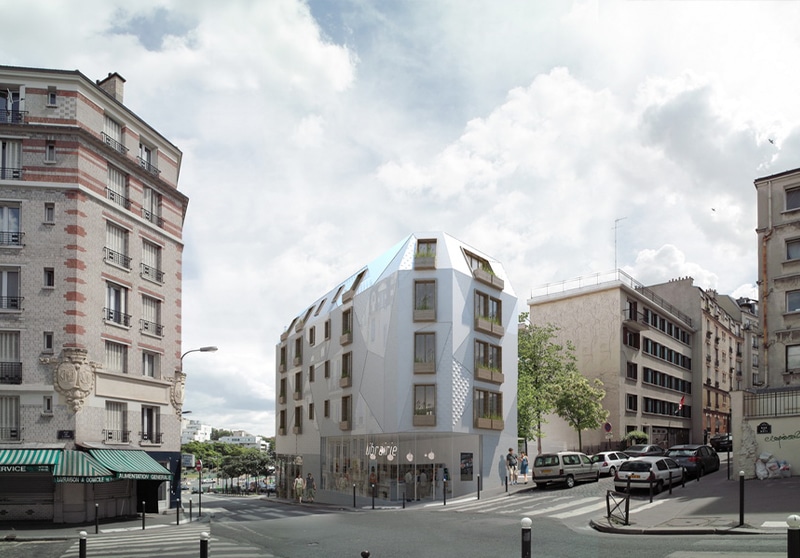 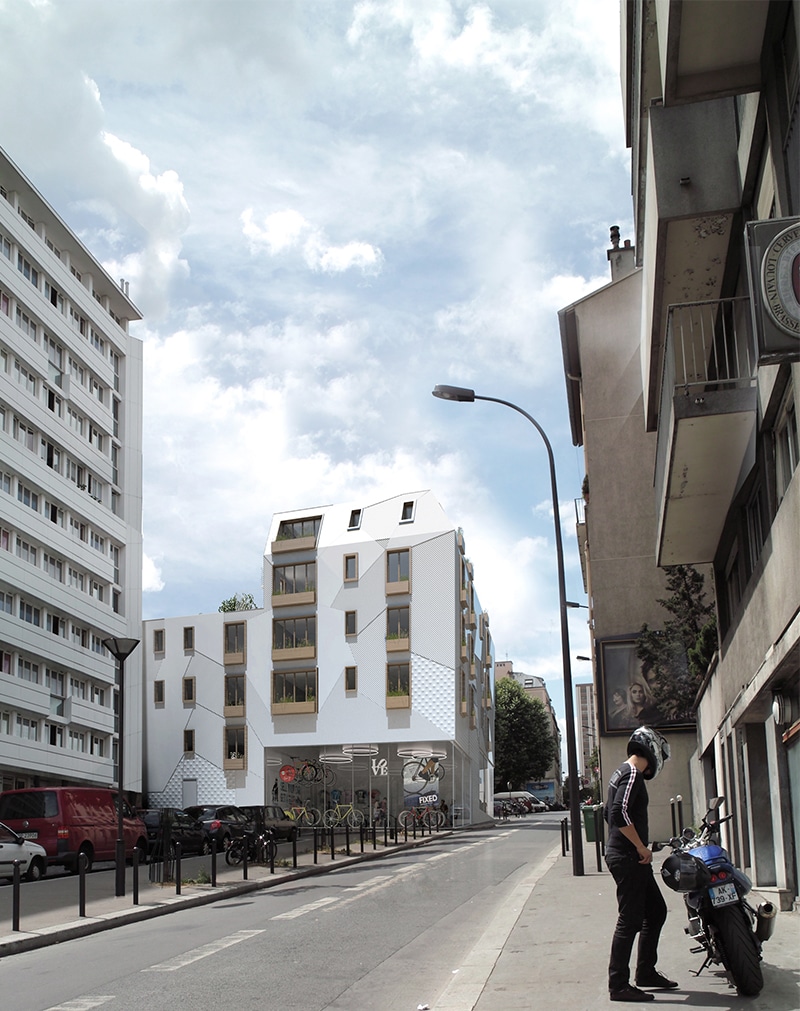 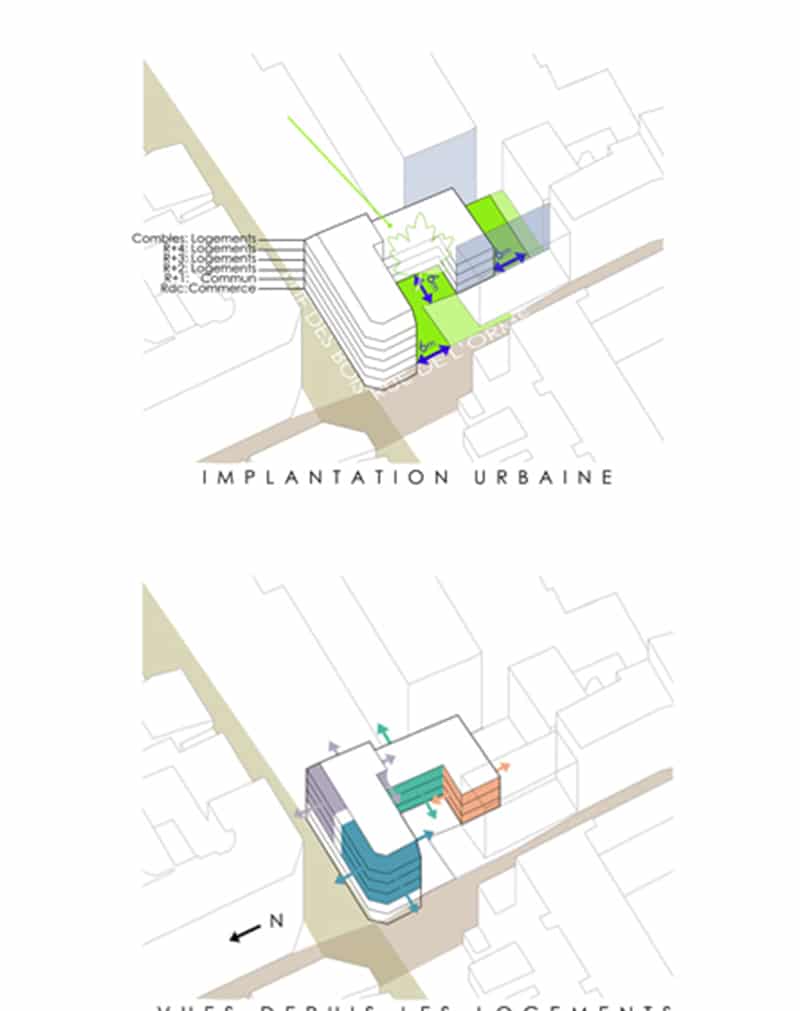 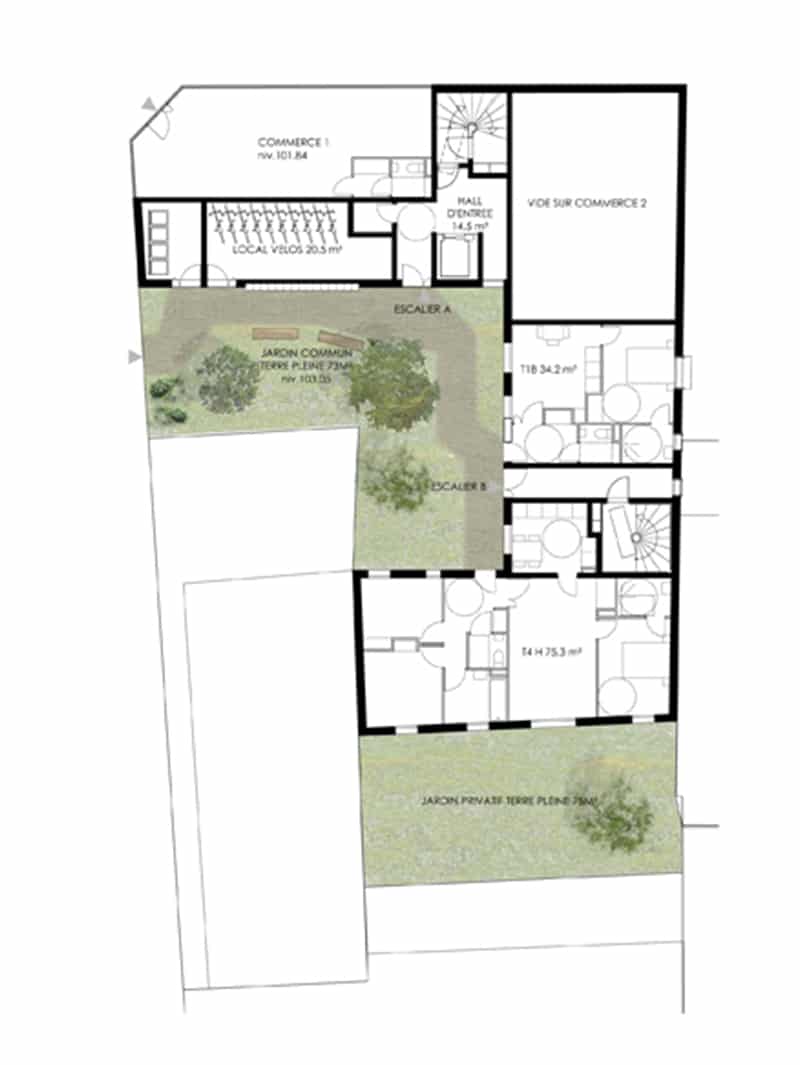 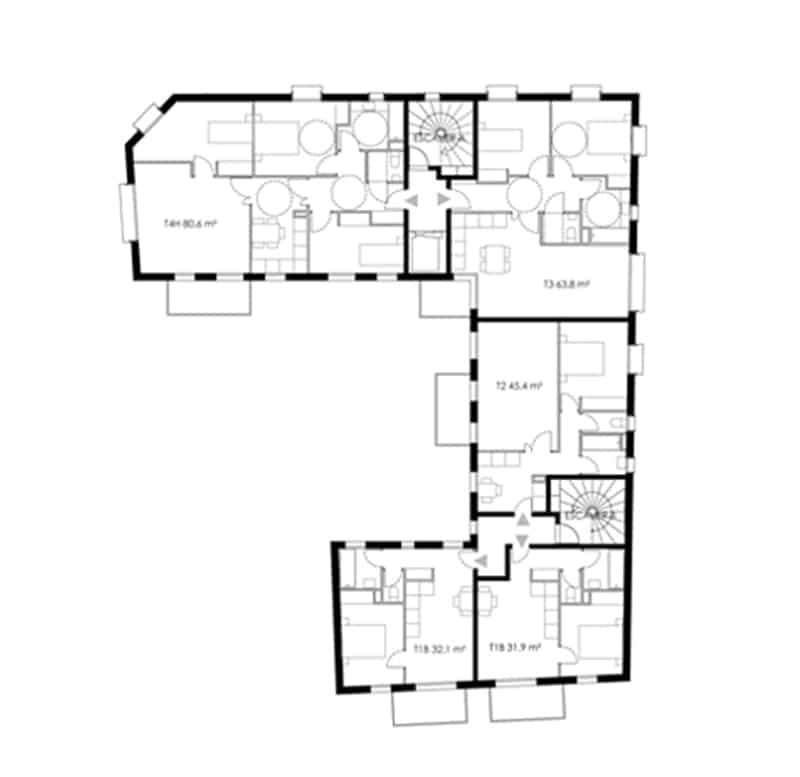 Splendor of the Han