Commemorating the 150th anniversary of the Meiji Restoration, the exhibition highlights the artistic jewels, splendid and refined witnesses of the many upheavals that imperial Japan underwent during the Meiji era (1868-1912), which was an unprecedented revolution for Japan as well as for the world.

The exhibition takes place in three galleries of the Musée National des Arts asiatiques – Guimet and will address different aspects of the modernization of Japan and the internationalization of artistic production through various artistic techniques, including goldsmithing, photography, textiles and ceramics.

The scenography is designed to emphasize the exhibition’s objective of illustrating the changes that took place in society as a whole, in art and in exchanges with the West through pieces from European public collections (MNAAG,
Victoria & Albert Museum, British Museum) or private collections.

The path traced by the agency guides the visitor to the discovery or rediscovery of these cultural and artistic treasures. Linear but sinuous, it reflects the cultural, political and social evolution of the Meiji era, the force that the opening to the world and modernization represented for the Japanese society of the time and that they exerted on the European imagination. The choice of colors accompanies the theme of each room, as many chromatic echoes sublimating the exhibited pieces, whose material, formal and/or stylistic variety imposes a singular attention to their lighting and their layout. The alternation of spaces, the play of partitions and transparency, the wandering around the objects allows visitors to physically confront these masterpieces. At the end of the tour, the scenography allowed visitors to observe “from all angles” the splendors of imperial Japan. 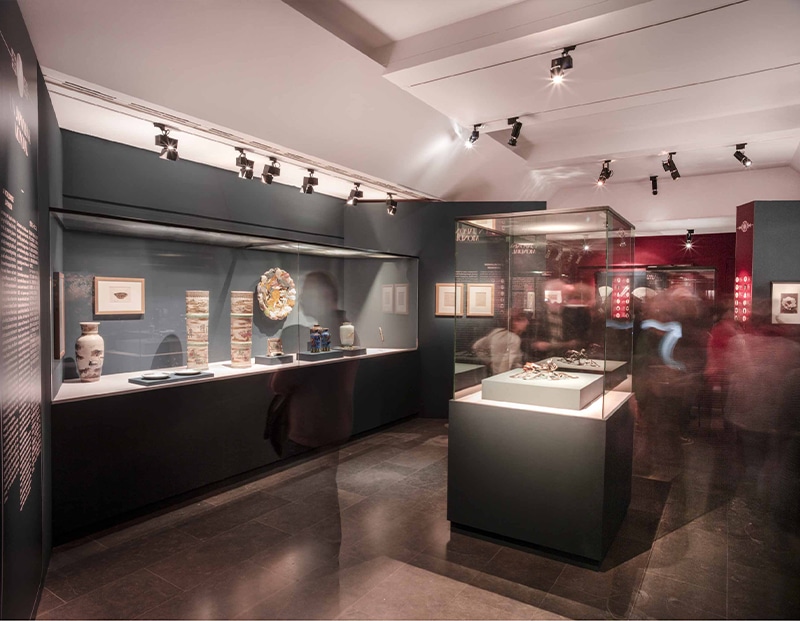 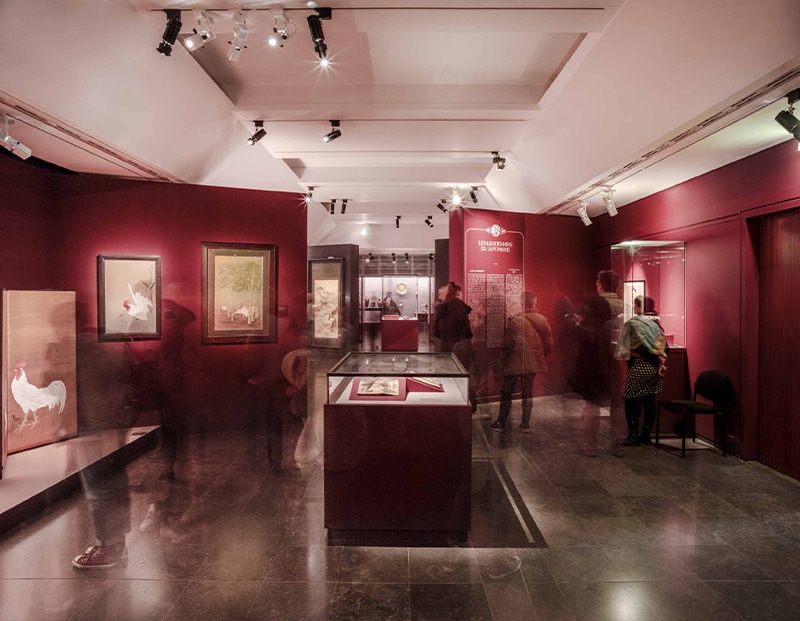 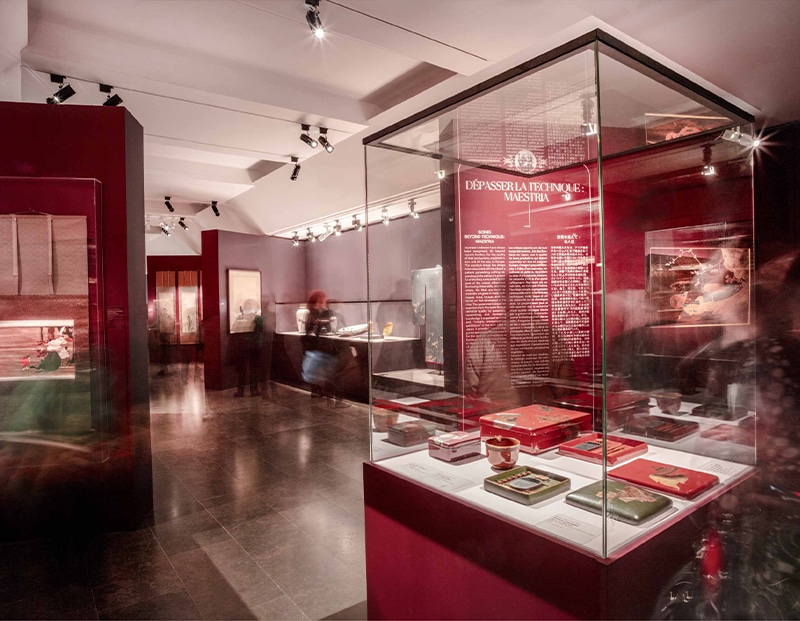 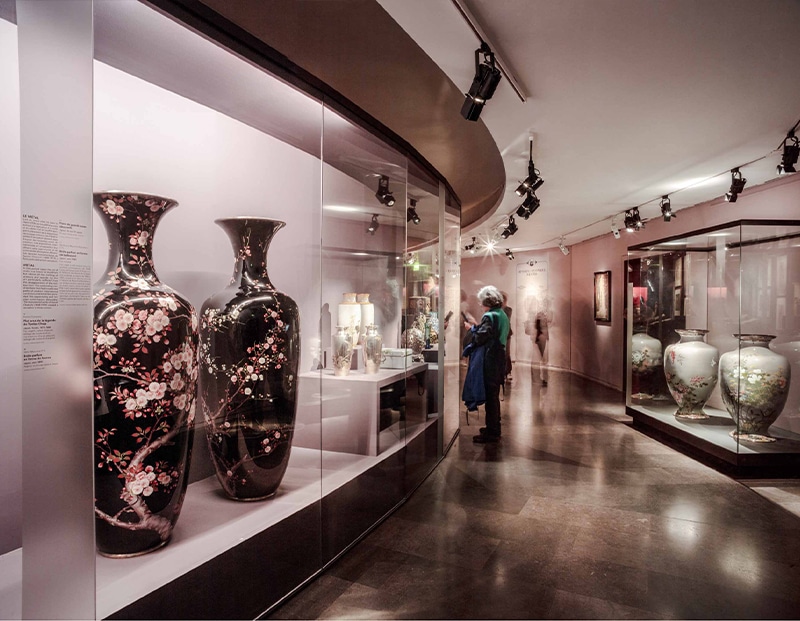 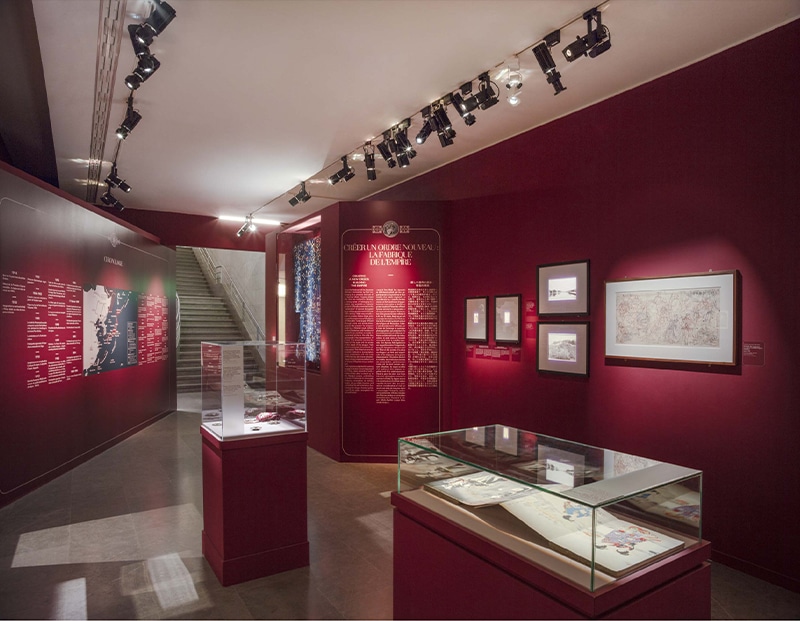 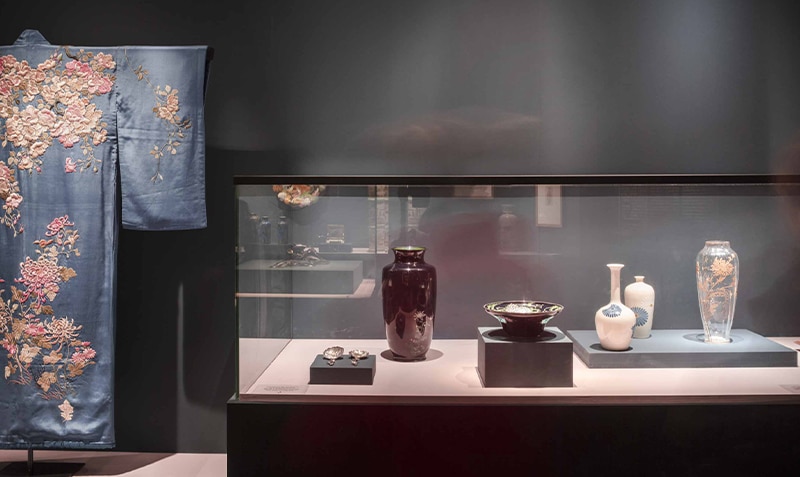