There is a progressive way to go from one brand to an other just like going from classical to modern style. It’s art deco shapes mixed with modern materials. The melody of this space is Herman Dune, French band, title « Your Name My Game ».

Second concept : white stripes. The ceiling is made of mirror with continuous lightning stripes. We draw a pattern for each brand and paint it with fresh and slightly acid colours. We use a renaissance parquet style « à la française » : It s a mix between History and present. The melody of this space is CSS, Brazilian band, title « Let’s Make Love ».

Third concept : black night and red flames. You’re in the street, at the beginning of the night. Rain has stopped. The floor is wet and dark. Traffic light reflects many colours, on the floor, green, red, and orange. It s a black night-like atmosphere with red flame but it also reminds of a party. It’s a glitter pop space in the night. The melody of this space is Zombie Zombie, French band, title « Driving This Road Until Death ». 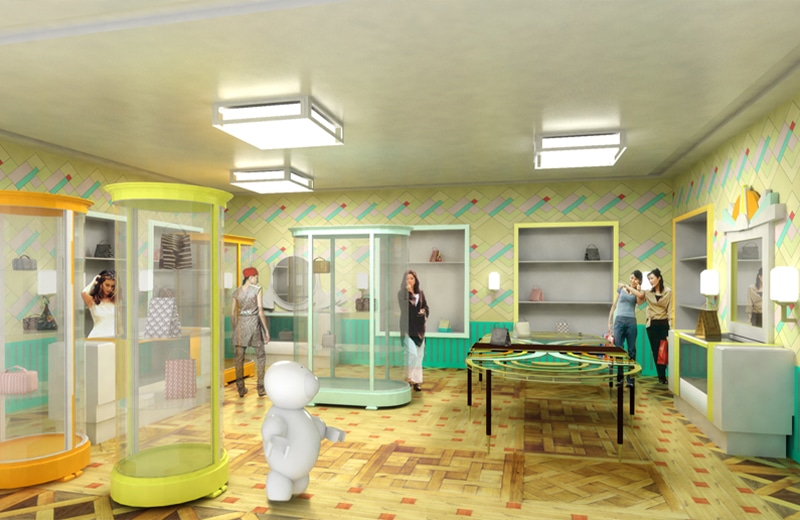 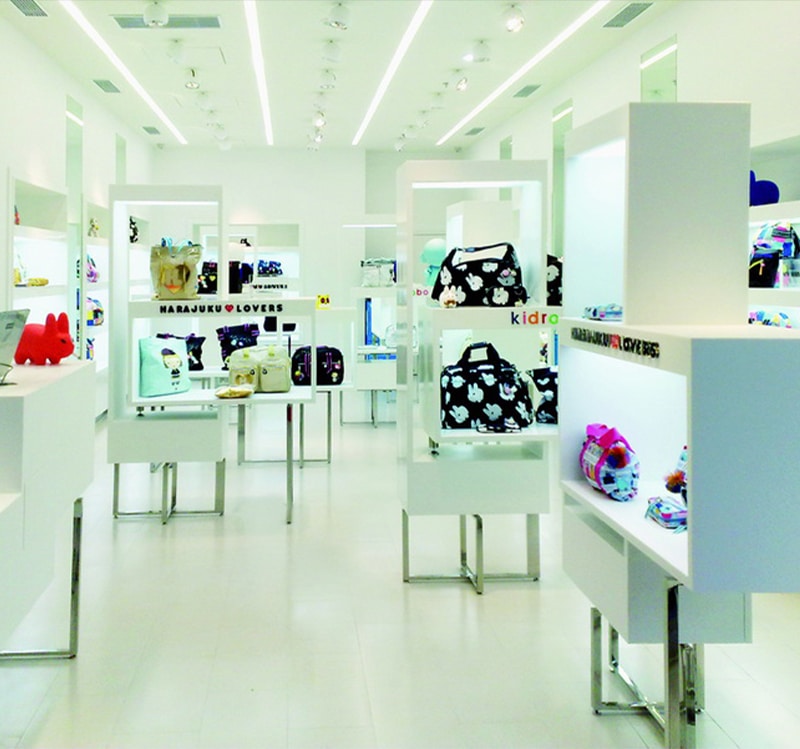 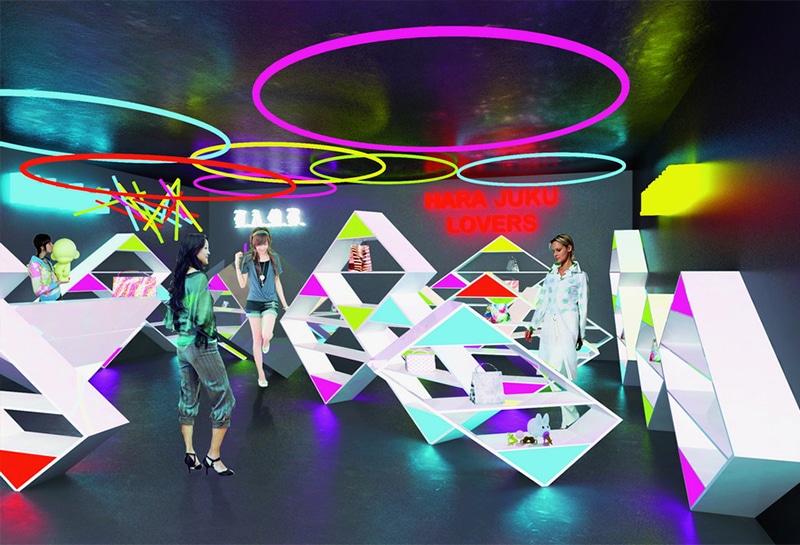 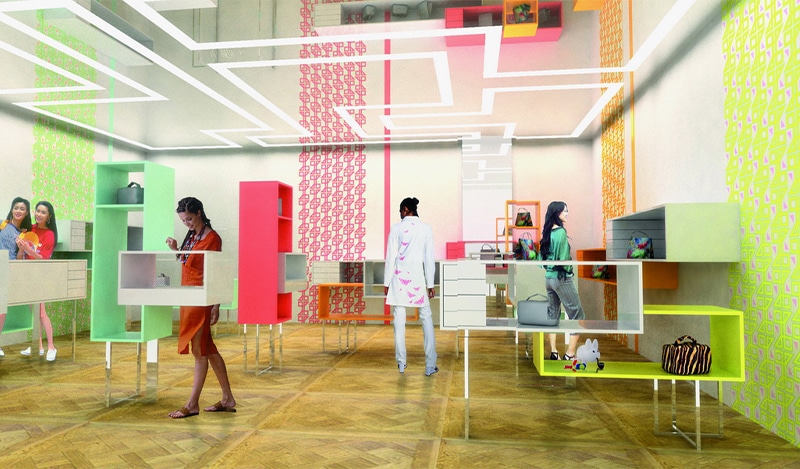